July 5 (UPI) — The remaining portion of the condominium building in Surfside, Fla., came down just before 10:30 p.m. Sunday ahead of Tropical Storm Elsa approaching the state.

The 13-story structure toppled to the ground in around 5 seconds. Crews then were to clear the debris in efforts to reach parts of the underground garage and find survivors, WSVN-TV reported.

Miami-Dade County Mayor Daniella Levine Cava said Sunday night during a news conference near the site that the demolition window would be between 10 p.m. Sunday and 3 a.m. Monday.

The bodies of 24 people, including three children, have been recovered from the Champlain Towers South, but 121 people are still missing. Those figures haven’t changed since Saturday morning. An additional victim was identified Sunday. More than half the 13-story building, which had 130 units, collapsed 10 days ago.

The mayor said that the explosion method is known as “energy felling,” in which small strategic explosives are placed and it relies on gravity.

Controlled Demolition Inc., based in Baltimore, brought down the structure, and the cost will be paid by the state. The company has demolished the Seattle Kingdome in 2000, the Alfred P. Murrah Federal Building after the Oklahoma City bombing in 1995 and the World Trade Center days after the attack on Sept. 11, 2001.

The plan was to have the structure fall westward away from the rubble. Residents in nearby buildings did not need to evacuate but were told to shelter in place, especially because of dust. Spectators were also kept past the perimeter.

Miami-Dade County is one of the 15 Florida counties for which Gov. Ron DeSantis has already declared a state of emergency in anticipation of the storm.

Search and rescue efforts have been on hold since Saturday afternoon as workers were drilling into columns where small explosive charges were placed.

Cava said Sunday during a virtual news conference from the county’s emergency operations center in Doral that the “top priority is that the building come down as soon as possible…and as safely as possible.”

Charles Burkett, mayor of Surfside’s population of 5,725, told CBS’ “Face the Nation“ on Sunday the search for survivors and recovery of bodies is expected to resume once the ruined structure is safely down.

“The fact that the building is being prepared to be demolished has stopped the work, which is critical,” Burkett said.

“We need to get back to work as soon as possible. We need to get this building taken down, and we need to move forward with the rescue of all those people that are still left in the rubble.”

He also called the storm a “blessing in disguise.”

“The building’s been a problem since the very beginning, and we need to eliminate all the problems and all the barriers to getting everybody out of there,” Burkett said.

“So once this building’s down, it’s going to be a green light to move full speed ahead, maximum effort to pull these people out and reunite them with their family.”

Rescuers from around the world have assisted in the search process, including from Israel and Mexico.

“Due to the arrival of Tropical Storm Elsa to Florida, the Florida task forces that have assisted at the Champlain Towers building collapse are going home, but task forces from across the U.S. have arrived to further assist in search & rescue efforts,” Miami-Dade Fire Rescue posted on Twitter.

Cava addressed concerns that pets may still be in the remaining structure.

“As an animal owner and pet owner myself, my No. 1 priority since day 1 has been to search for any animals,” she said.

The mayor said three full sweeps have been conducted, including closets. In areas not accessible, they used live traps, drones and thermal imaging.

“We have done everything to locate animals and first responders have been put to themselves in great risk,” Cava said, adding she is confident no pets are alive in the building.

U.S. Rep. Debbie Wasserman Schultz, whose district serves the area, praised the efforts to find any missing animals during the news briefing Sunday.

Residents, who have been briefed about the building’s demolition, also have not been able to remove personal items left behind when they fled the structure. 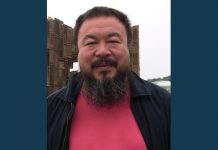 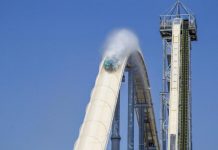 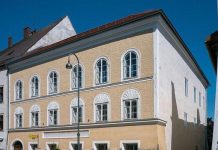 House where Hitler was born set to be demolished