July 18 (UPI) — The remains of 22 servicemen killed on a Japanese-controlled island during World War II are to be repatriated to the United States Thursday, the Defense POW/MIA Accounting Agency said.

“Today, we welcome home more than 20 American servicemen still unaccounted for from the battle of Tarawa during World War II,” said acting Secretary of Defense Richard V. Spencer in a statement. “We do not forget those who gave the ultimate sacrifice and it is our duty and obligation to return our missing home to their families and the nation. Thank you to everyone who took part in this repatriation.”

The remains are to be repatriated during an Honorable Carry Ceremony at Joint Base Pearl Harbor-Hickam, Hawaii.

According to the State Department, the servicemen were killed during the Battle of Tarawa, which was part of the larger Operation GALVANIC that commenced Nov. 20, 1943, to capture Japanese-held territory within the Gilbert Islands.

During the Battle of Tarawa, approximately 1,000 Marines and Sailors were killed and 2,000 more were wounded over several days of fighting that “virtually annihilated” the Japanese on the Pacific Ocean island, the State Department said.

More than 3,000 Japanese soldiers and 1,000 Korean laborers were killed in the fighting, it said in a summary of the battle.

“Servicemen killed in action were buried where they fell, or placed in large trench burials constructed during and after the battle,” the department said. “These graves were typically marked with improvised markers, such as crosses made from sticks, or an up-turned rifle.”

Repatriation efforts were stymied by incomplete records and changes to the cemeteries following the battle that resulted in many of them being lost.

Efforts to repatriate remains of U.S. servicemen from the island have been ongoing since 1946, it said.

DPAA said it is grateful to nonprofit organization History Flight Inc., which has been working to uncover World War II remains from Tarawa for over a decade.

“When founders of History Flight learned that the missing men of Tarawa might be found with perseverance, research and modern technology, a decade-long project began and continues today,” the nonprofit said on its website. “Until they all come home.” 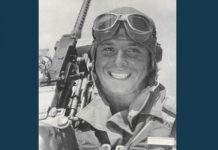 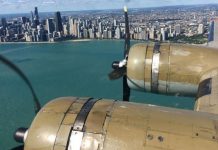