She said the 12-term congressman from Maryland will lie in state Thursday in the statuary hall, which will be open for public viewing. Beforehand, there will be a formal ceremony for invited guests.

“In the House, Elijah was our North Star. He was a leader of towering character and integrity, whose stirring voice and steadfast values pushed the Congress and country to rise always to a higher purpose,” Pelosi said. “His principled leadership as Chair of the Committee on Oversight and Reform was the perfect testament to his commitment to restoring honesty and honor to government, and leaves a powerful legacy for years to come.”

On Oct. 25, a wake and funeral for Cummings is scheduled to take place at New Psalmist Baptist Church in Lochearn, Md., where he worshipped for nearly four decades, The Baltimore Sun reported.

Cummings had minimally invasive heart surgery in 2017, which led to an infection that kept him in the hospital longer than expected. He was hospitalized again for a knee infection, but said earlier this year his health was fine. He’d been absent from Capitol Hill in recent weeks and hadn’t attended a roll call since Sept. 11.

President Donald Trump ordered all flags on federal government grounds to be lowered to half-staff through Friday as a “mark of respect.” 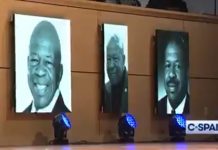 Barack Obama eulogizes Elijah Cummings: It’s ‘on us to continue his work’ 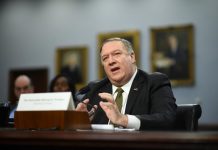