Dec. 18 (UPI) — Rep. Ruben Kihuen, D-Nev., said Saturday that he will not seek re-election after he was accused of sexual harassment by two women.

A former campaign staffer accused Kihuen of repeatedly propositioning her for dates and sex despite her refusals, and a Nevada lobbyist accused him of unwanted touching.

“I want to state clearly again that I deny the allegations in question,” Kihuen said in a statement to the Las Vegas Review-Journal. “However, the allegations that have surfaced would be a distraction from a fair and thorough discussion of the issues in a re-election campaign. Therefore, it is in the best interests of my family and my constituents to complete my term in Congress and not seek re-election.”

Kihuen’s announcement came one day after the House Ethics Committee launched an investigation into the allegations.

Kihuen said he plans to cooperate with the panel’s investigation as he finishes his term in Congress.

“Due process and the presumption of innocence are bedrock legal principles which have guided our nation for centuries, and they should not be lost to unsubstantiated hearsay and innuendo,” Kihuen said.

Kihuen, 37, is the fifth member of Congress to either step down or not seek re-election in the past two weeks.

Rep. Blake Farenthold, R-Texas, announced he would not seek re-election after revelations that he used $84,000 in taxpayer money to pay a sexual harassment lawsuit.

Rep. Trent Franks, R-Ariz., resigned after reports he discussed paying a former aide $5 million to be a surrogate mother for him and his wife. 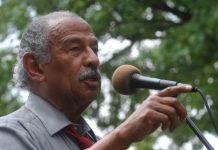