April 11 (UPI) — African migrants seeking to reach Europe are being bought and sold in Libya and Niger as slaves, the International Organization for Migration said Tuesday.

The Geneva-based group, a 166-nation intergovernmental agency, reported that while migrants from Sub-Saharan Africa descend on Libya as an embarkation point to Europe, some are forced to work without pay in Libya.

In one case, an unidentified Senegalese migrant, 34, and some other migrants paid a truck driver about $320 to take them to Libya’s coast, but were instead driven to an open-air market where they were sold as slaves.

“The situation is dire,” said Mohammed Abdiker, IOM’s director of operation and emergencies. “The more IOM engages inside Libya, the more we learn that it is a vale of tears for many migrants. Some reports are truly horrifying and the latest reports of ‘slave markets’ for migrants can be added to a long list of outrages.”

The numbers of those sold into slavery are at least in the hundreds, the report said.

“They all confirmed the risks of being sold as slaves in squares or garages in Sabha [in central Libya], either by their drivers or by locals who recruit the migrants for daily jobs in town, often in construction,” said one IOM staffer in Niger. “Later, instead of paying them, [they] sell their victims to new buyers.”

Hundreds of young African men have been sold into slavery, the IOM said in a report highlighting personal stories of victims. The report said that criminal gangs pose as aid workers to exploit migrants and that women are sold as sex slaves to private Libyan clients.

The agency said the emergence of slave markets is “a disturbing new trend in the already dire situation for migrants in Libya.” 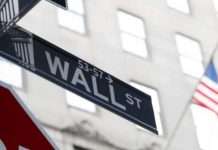 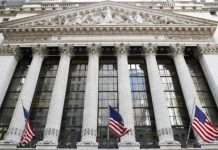