SEOUL, March 27 (UPI) — Police in South Korea may have failed to properly investigate reports of suspected rape at a nightclub in southern Seoul, where drugging and sexual assaults could have occurred on a regular basis.

The incident took place on Dec. 1, 2018, after the eyewitness, who spoke to SBS anonymously, stumbled upon an unconscious woman in a “VIP room” on the second floor of the club.

“The first thing I noticed was a woman, lying unconscious on the sofa,” the source said, according to the report.

The witness reported the possible rape situation to law enforcement, but Gangnam district police, currently suspected of collusion with the nightclub that catered to wealthy clientele, did not thoroughly investigate the club upon arrival.

Police sent two officers to the club, a small number of personnel for cases of suspected rape, which are rated “Code Zero,” or of the highest priority.

The officers also never entered the club to investigate the scene. Police reports filed on the case, and obtained by SBS, show the officers did not enter the club because the person who called in “did not respond to calls.” The filed report also included a statement from nightclub security personnel, who told police there was “no guest” in the VIP room in question.

Oh Yoon-sung, a professor at Soonchunhyang University’s Department of Police Administration, said the police should have confirmed the situation inside the club following the call. Their response is unacceptable, Oh said.

The scandal that began at the nightclub has affected a network of South Korean show business personalities.

Kim Jun-ho, a popular comedian and spokesman for Busan, South Korea’s second-largest city, could be stepping down from his public activities as a result of the allegations, Yonhap reported Wednesday. 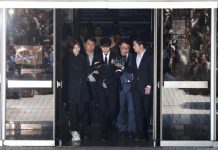 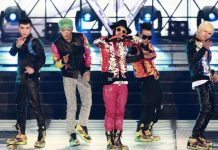