June 10 (UPI) — The U.S. military has deployed a second RC-135S Cobra Ball special reconnaissance aircraft to Okinawa, according to an aircraft monitoring site.

Aircraft Spots, an independent site tracking the movements of planes, said Saturday the U.S. Air Force could have added a second plane at Kadena Air Base. The first Cobra Ball was stationed in Okinawa in March to track ballistic missiles in North Korea. In May, Pyongyang launched multiple short-range missiles that could potentially target South Korea and Japan.

The second RC-135S was moved to Japan on Friday from Offutt Air Force Base in Nebraska to Kadena, according to Aircraft Spots.

The U.S. military is relocating the aircraft to Japan in a discreet manner. In April, Stars and Stripes reported the first Cobra Ball arrived on the night of March 30.

The Cobra Ball has previously been dispatched to Japan in times of North Korea provocations. North Korea’s tests of missiles in May was the first time in more than a year the Kim Jong Un regime has openly tested weapons.

Japan’s military recently apologized for data flaws in survey documents that supported the need to deploy the interceptors in Akita city.

Using Google Earth, the government miscalculated the height of mountains at candidate sites, according to the report. 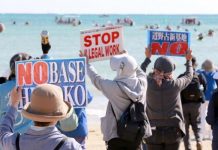 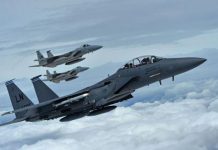 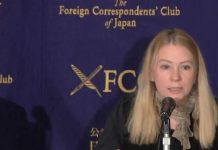