Aug. 18 (UPI) — Strategic assets of the U.S. military, including an aircraft carrier and a nuclear-powered submarine, may not be deployed during the upcoming joint exercises on the Korean peninsula.

South Korean television network SBS reported Friday the United States canceled plans to deploy the strategic assets during the drill set to begin next week, and the move is taking place a week after tensions spiked between Washington and Pyongyang.

The United States and South Korea originally planned to deploy two U.S. aircraft carriers, a nuclear-powered submarine and a strategic bomber to the peninsula.

A South Korean government source who spoke to SBS anonymously said Seoul agreed with the proposal to scale back.

But Chung Kyung-doo, South Korean President Moon Jae-in’s appointee for chairman of the joint chiefs of staff, told South Korean parliamentarians this week there will be no reduction in the scale of the exercise.

“I am not considering that right now,” Chung said, in response to a question from conservative lawmaker Chung Jin-suk on whether the military was looking into reducing or suspending the joint drills.

Chung also said he is unequivocally opposed to the withdrawal of U.S. forces from the Korean peninsula.

The exercises known as Ulchi Freedom Guardian came under verbal attack from North Korea this week, when Pyongyang warned of a “second Korean War” should Seoul and Washington go ahead with the drills.

After a week of high tensions, Pyongyang also stated leader Kim Jong Unwould “monitor” the United States before taking unprecedented measures against Guam, the location of a key U.S. air force base.

The drill is an annual exercise set to begin on Monday. 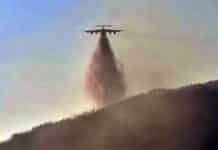 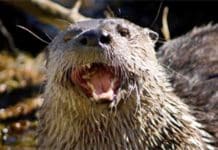