PARIS, Aug. 22 (UPI) — Media reports on Saturday identified the man believed to be behind the failed mass murder plot aboard a commuter train in France — who only got a few shots off before being tackled to the ground by two U.S. marines.

Media outlets reported that the suspect is believed to be Ayoub El Kahzani, 26, of Morocco — a man police believe has terrorist aspirations and loyalties to groups like the Islamic State.

According to investigators, Kahzani likely retreated into a lavatory on board the high-speed Thalys train on Friday, armed with an assault rifle, a handgun and a box cutter. His intent, they believe, was to shoot to kill everyone he could.

A French citizen then surprised the gunman, officials say, when he entered the lavatory — thinking it was unoccupied. Face-to-face with a man holding an AK-47, the passenger tried to subdue him — which led the suspect to start firing.

Moments later, a pair of quick-thinking U.S. marines physically wrestled him to the ground — with the help of another American and a British citizen. The man was arrested a short time later.

For hours, French authorities have been interrogating Kahzani but say they so far know little about the plot, and they aren’t even certain of his identity.

Officials have said Kahzani was already known to French and Spanish authorities, and it is believed he traveled to Syria last year.

Spanish authorities even notified their French counterparts in February 2014 to inform them Kahzani had joined the radical Islamic movement, The New York Times reported.

Authorities believe the suspect intended to carry out a “lone wolf” attack on behalf of the Islamic State, and possibly other terror groups.

Four people were slightly hurt in the assault — including one of the marines, who was cut with the box cutter.

President Barack Obama called the three Americans to thank them and called them “heroes.” 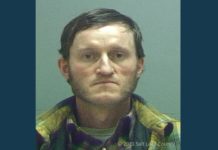 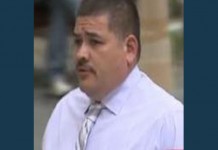