PHILADELPHIA, March 7 (UPI) — Potable water isn’t necessary for the task of flushing a toilet, but most of the developed world uses treated water for the job.

Nearly one-third of potable water used in the United States is flushed down the toilet. In a new study, researchers at Drexel Univerity argue the practice is wasteful. They say precipitation levels are high enough in major cities like Philadelphia, New York, Seattle and Chicago that rainwater recycling could be used to flush toilets — saving money and natural resources.

“People have been catching and using rain water for ages, but it’s only been in the last 20-30 years that we have realized that this is something that could be done systematically in certain urban areas to ease all different kinds of stresses on watersheds; potable water treatment and distribution systems; and urban drainage infrastructure,” lead researcher Franco Montalto said in a news release.

Montalto is an associate professor in Drexel’s College of Engineering and the lead author of a new study on rainwater recylcing, published this week in the journal Resources, Conservation and Recycling. He’s also the director of Drexel’s Sustainable Water Resource Engineering Lab.

“The study looks at four of the largest metropolitan areas in the country to see if it rains enough to make implementation feasible and, if everyone did it, what effect it would have on domestic water demand and stormwater runoff generation in those cities.” Montalto explained.

Though the presence of small-scale rainwater recycling systems has been growing in urban centers, researchers wanted to look at the feasibility of larger, more comprehensive systems. Mantalto and his colleagues built a model to do just that, analyzing annual rainfall patterns, residential population and roof square footage in major cities.

Simulations suggest households in Philadelphia, New York, Seattle and Chicago would be able to offset 80 percent of toilet flushes with a rain harvesting system boasting a 1,000-gallon home storage tank. Households that adopt the technology could see a 25 percent reduction in their water bill.

“The more buildings that go up, the more we need to consider how to manage the water that would have landed in the drainage area they’re displacing,” Montalto said. 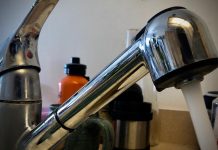 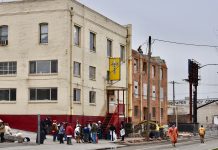