July 15 (UPI) — Scientists have isolated an ancient sample of the parvovirus from human remains, which could provide researchers with detailed knowledge of extinct genetic diversity and viral phylodynamics.

An international collaborative of researchers recently reported their analysis of ancient human parvovirus samples taken from the dental and skeletal remains of 1,578 people who lived between 500 and 6,900 years ago. They published the findings in the Proceedings of the National Academy of Sciences.

Airborne and bloodborne human parvovirus B19 is responsible for multiple illnesses, including the childhood rash known as fifth disease, chronic anemia in AIDS patients, arthritis in the elderly, aplastic crisis in people with bone marrow-related illness and hydrops fetalis in pregnant women. It is a single-stranded DNA virus that has no vaccine or cure. Treatment typically consists only of managing symptoms until the immune system can suppress the virus itself.

The researchers screened DNA sequencing data from the ancient remains of people from Eurasia, Southeast Asia and Greenland for traces of human parvovirus B19, and proved the possibility of recovering and sequencing ancient single-stranded DNA sequences.

It’s unclear why parvovirus has been able to survive over such a long period of time, but the researchers suggest that its DNA could be protected by the viral capsid, by self-annealing during preservation or through other methods.

The virus has three genotypes. From the 1,578 subjects, the researchers found 20 samples matching the human parvovirus. Eight were from genotype one, 12 were genotype two, and none matched the third genotype. This finding rules out suggestions that genotype one first emerged after World War II.

A wide range of mammals carry parvovirus-derived genomes, which suggests that the virus could be older than 12.6 thousand years.

Scientists believe genotype two is the result of a recombination of genotypes one and three. They date this event to about 5,000 to 6,000 years ago based on the position of the ancient sequences.

A notable finding is that human parvovirus, which is known for its rapid rate of evolution compared to that of RNA viruses, actually evolves at a rate approximately an order of magnitude lower than previously believed.

They specifically noted that this could be sampling bias attributable to the small number of positive samples. Future studies could increase the understanding of the evolutionary processes of pathogens and improve phylogenetic inference techniques, they said. 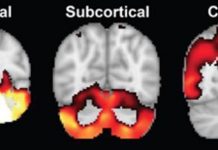