May 19 (UPI) — Restaurant owners on Monday called on President Donald Trump to extend the period they must spend loans provided under a federal small business coronavirus aid program.

During a roundtable meeting at the White House, restaurant executives and industry leaders asked Trump to extend the period during which they must spend their Paycheck Protection Program loans to have the loans forgiven from eight weeks to 24 weeks.

Will Guidara, owner of New York City’s Eleven Madison Park, said more restaurants would reopen if owners were confident the loans would be forgiven.

“We need something more than that, that is specific to independent restaurants,” said Guidara.

Treasury Secretary Steven Mnuchin said there is support in Congress for a “technical fix” to the program.

The $3 trillion HEROES Act passed by the U.S. House on Friday included a provision to extend the spending period, but the overall bill has faced opposition from U.S. Senate leaders and Trump, who said he would veto it.

Small restaurateurs face “nearly insurmountable odds as they meet new requirements for public safety” which will cost them up to half their revenue “if they are able to reopen at all,” according to the Independent Restaurant Coalition.

“We rely on social interaction so it makes us really unique that we were hit hard quickly and it’s going to make our comeback really difficult,” said Melvin Rodrigue, president and CEO of New Orleans-based Galatoire’s Restaurants.

Trump, during the roundtable, sought to inspire optimism based on a strong day on Wall Street.

The Dow Jones Industrial Average gained more than 900 points after a biotech firm Moderna reported “positive results” from its early trials for a COVID-19 vaccine.

“This was a very big day, therapeutically, cure-wise and vaccine-wise,” Trump said. “Tremendous progress has been made, as I’ve been saying for two weeks, because I’ve been seeing what’s going on and have been spearheading it largely.”

Trump also told reporters Monday that he has been taking hydroxychloroquine and zinc for “a couple weeks” after asking a White House doctor if he could.

“I asked him what do you think, he said, ‘Well if you’d like it,'” said Trump, who also denied that he had been exposed to COVID-19.

Trump has repeatedly touted hydroxychloroquine and it’s sister drug chloroquine, which have been used as medications to treat malaria, as a potential treatment for the coronavirus.

The drugs have not yet received agency approval for use in coronavirus patients outside of clinical trials and under hospital supervision, and the Food and Drug Administration issued a warning last month describing potentially life-threatening side effects, including heart rhythm problems. 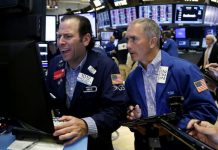 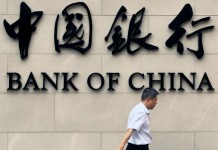