Dec. 10 (UPI) — Health workers at one of the United States’ most prestigious universities are acclimating to a new and high-tech environment at one of the country’s most sophisticated new hospitals, which took a decade and more than $2 billion to bring into reality.

After more than 10 years in the planning and building stage, the New Stanford Hospital in Palo Alto, Calif., opened on Nov. 17 and aspires to the cutting edge of medical technology. The hefty price tag has resulted in some revolutionary tools officials say are designed to maximize efficiency and enhance patient care.

Among the futuristic amenities, for example, is a fleet of more than two dozen robots. Most of them perform rudimentary tasks and are pre-programmed to travel along hospital routes — and the others fill duties in the pharmacy.

Twenty-three are called TUG courier robots, and the job of most of them is to haul supplies.

“The TUGs will provide basically back-of-the-house support for our staff, as well as our clinicians by showing we are getting the right items to the hospital for patient care,” said Almeda McLaren, the hospital’s director of regional supply chain services.

They carry medical supplies, waste, food trays, small parcels and linens, after which they return to a docking station to recharge. Their batteries, the hospital says, allow the bots to operate for 10 hours with the intermittent charges.

The 4-foot-tall TUGs are designed to haul up to 1,400 pounds and navigate the 824,000-square-foot hospital via lasers and GPS coordinates. The bots visualize a 3D map to “see” and avoid obstacles while they’re tracked by human staffers in real time.

Officials say the robots communicate wirelessly, can open and close sensor-equipped doors, are programmed to halt if they run into something and step to the side of the hallway if an alarm goes off.

So far, they transport only a limited range of items and they must still be delivered by humans, so they’re not intended to entirely replace biological staff. But the hospital, it said, might eventually increase the bots’ fleet size, scope and responsibilities to further ease the human burden.

“We’re still in the opening phase of the hospital, so once it’s stabilized, I’m quite sure other departments will see a possible need to utilize the TUGs — and then we will take it on a case-by-case basis,” McLaren said.

In its pharmacy, the hospital has three machines of a different class — “BoxPicker” robots. A BoxPicker can store $5 million worth of medications and distribute prescription drug orders with its mechanical arm. They work with a third robot — a PillPick — which counts bulk medications and send them to pharmacists in bar-coded packets.

The drug bots can package 1,000 doses each hour, which the hospital says is 10 times quicker than a human pharmacy technician.

Stanford Health Care Vice President and Chief of Applications Gary Fritz said the new technologies increase efficiency and relieve existing staff from performing certain tasks. He said the robots pick up a lot of the menial work so human staff can maximize their value.

“The real value of [human] technicians comes when they use their clinical knowledge to care for patients, not count pills,” Fritz said. “Routine activities like pushing a cart for 30 minutes in each direction isn’t really job enriching.

“What is enriching is if those people can talk to patients or spend time figuring out how to get better supplies.”

The new hospital was built, officials said, to “accommodate the most advanced medical technology and increase capacity for patients.” It’s also a response to California’s new seismic safety standards, which will take effect next year. They require that all hospitals be able to withstand collapse during a major earthquake.

The facility, which was built with more than $650 million in locally donated funding, is one of several new hospitals in California that were built to meet the new seismic standards.

Stanford University said it plans to study the hospital’s cost efficiency and impact on patient care. 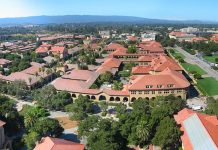 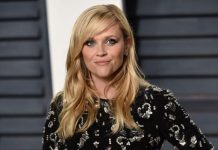