MOREHEAD, Ky., Sept. 4 (UPI) — The county clerk’s office in Rowan County, Ky., issued marriage licenses to same-sex couples Friday for the first time after the head of the office was jailed for her refusal to do so.

William Smith Jr. and James Yates were the first couple to receive their marriage license after trying and failing to obtain one six times at the county courthouse.

Rowan County Clerk Kim Davis refused to offer the licenses to same-sex couples, citing her Christian beliefs despite a U.S. Supreme Court ruling in June legalizing same-sex marriage. On Thursday, she was jailed after refusing to follow an order by federal Judge David Bunning to issue the licenses.

Bunning’s ruling also charged Yates with contempt of court and stated the office’s deputy clerks must begin offering the licenses. Five of the six deputies said they would comply; the sixth, Davis’ son, said he would not.

Gov. Steve Beshear, D-Ky., welcomed the action by the deputy clerks, saying “The future of the Rowan County Clerk continues to be a matter between her and the courts. Deputy clerks have said they will commence issuing marriage licenses beginning (Friday). It appears that the citizens of Rowan County will now have access to all the services from the clerk’s office to which they are entitled.”

In response to a lawsuit brought against the clerk’s office by the American Civil Liberties Union, Davis’ attorneys said complying with the ruling “irreparably and irreversibly violates her conscience.” ACLU lawyers contended Davis has no legal basis to avoid her duties as a county clerk.

Mat Staver, of Liberty Counsel, which represents Davis, said the organization is “stunned” by Bunning’s decision. 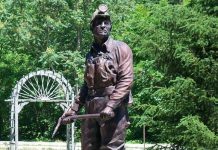 Coal company, affiliate file for bankruptcy; about 1,700 jobs at risk 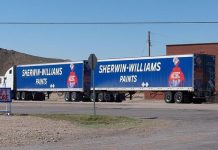 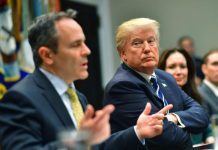