July 9 (UPI) — Royal Jordanian Airlines announced Sunday its customers are no longer banned from carrying laptops onboard flights to the United States, the latest carrier to have the restriction removed by the U.S. government.

Jordan’s carrier, which flies out of Queen Alia International Airport in Amman, announced the ban to 16 weekly nonstop flies to New York, Chicago and Detroit was lifted after it fulfilled Department of Homeland Security security requirements.

In March, the U.S. agency banned nine airlines flying from airports in eight Muslim-majority countries in the Middle East and North Africa from allowing electronics larger than cellphones as carry-on items because of new intelligence about a hidden explosives threat. The bigger devices, including laptops, tablets and game consoles, must be checked as luggage.

“Enhanced security measures are now implemented to meet the requirements of the U.S. Department of Homeland Security’s new security guidelines for all U.S.-bound flights,” RJ President/CEO Stefan Pichler said in a statement. “We are glad that our guests can now fly onboard RJ and use their electronic devices. We highly appreciate our passengers’ patience and understanding during the time of the ban.”

The airline had joked about the treatment for its passengers, posting on Twitter in march “12 things to do on a 12-hour flight with no laptop or tablet,” including: “analyze the meaning of life.”

On June 28, Homeland Security had said airlines could be removed from the prohibition list if they met tougher security measures.

Etihad Airways was first to be removed from the list, followed by Emirates and Turkish airlines on Wednesday. Qatar Airways was removed on Thursday. EgyptAir, Saudi Arabian Airlines, Kuwait Airways and Royal Air Maroc remain on the laptop ban list.

Egypt, Morocco, Jordan, the United Arab Emirates, Saudi Arabia, Kuwait, Qatar and Turkey have all been affected by the ban. 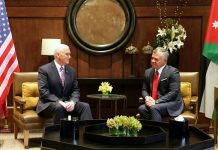