NORTHAN, Australia, July 24 (UPI) — A Russian balloonist broke the record for traveling around-the-world in the fastest time in a hot air balloon.

Fyodor Konyukhov, 64, passed directly over the airfield Saturday afternoon in the Western Australian town of Northam where he began his journey 11 days ago, theAustralian reported. He landed a few hours later in Bonnie Rock, about 100 miles east of Northam.

If his record is confirmed by the World Air Sports Federation, it is two days quicker than the record by the late American Steve Fossett in 2002.

He landed at 6:30 p.m. Saturday and was greeted by family members.

A video posted on his instagram page shows his balloon flying over Australia as part of the 20,500-mile journey.

The first men to achieve the trip were Bertrand Piccard and Brian Jones in 1999 in 19 days.

Konyukhov traveled across the Pacific Ocean and the Southern Ocean aboard the 184-foot helium-filled balloon. He flew over New Zealand, South America, the Cape of Good Hope, the borders of Antarctica and safely returned to Australia. 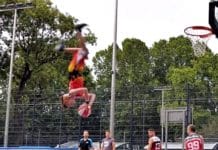 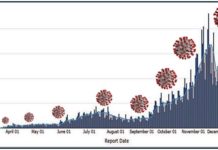