June 14 (UPI) — San Antonio police said they launched a manhunt for a man accused of shooting eight people outside a bar.

Police Chief William McManus said none of the victims was killed in the shooting late Friday in the parking lot of REBAR.

“They are all in stable condition, the most serious was someone hit in the back,” he said.

Of the victims, five were women and three were men, and they were between the ages of 23 and 41. Six transported themselves to local hospitals and two others refused treatment.

McManus said the man was part of a group of about five people who were refused entrance to the bar because they appeared to be inebriated and one man carried a rifle. The suspected shooter allegedly said he was “a UFC fighter from California.”

Police said they’re working to identify people in the group and track down the suspected shooter. 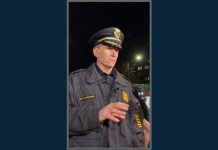 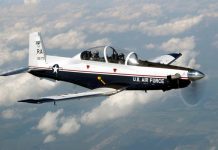