Jan. 26 (UPI) — City councilors in San Jose, Calif., passed a measure late Tuesday that requires all firearm owners within the city limits to buy liability insurance — a gun control measure that’s believed to be the first of its kind in the United States.

The ordinance mandates liability insurance, and a separate regulation orders all gun owners in San Jose to pay a $25 annual fee that will go toward violence prevention efforts.

Advocates, including San Jose Mayor Sam Liccardo, say that the measures will incentivize safe firearm ownership and provide services and resources for people who are most affected by gun violence.

“The point is we can reduce a lot of harm and tragedy and pain, even if we’re not going to magically make a gun fall out of the hands of the crook,” Liccardo said, according to the Mercury News.

“Thank you to my council colleagues who continue to show their commitment to reducing gun violence and its devastation in our community,” he added in a tweet.

Liccardo added that having liability insurance will encourage gun owners to keep them in a safe, use trigger locks and take gun safety classes.

The gun control measures come after three mass shooting attacks in the San Jose area over the past three years — including an attack at a rail yard last May that killed nine people.

While several Democratic-led cities have proposed similar laws, San Jose is the first to pass one — and is certain to face legal challenges.

The National Foundation for Gun Rights has already promised that it will to sue the city.

“This isn’t just about San Jose — or even California,” the group said in a statement posted to its website. “If gun grabbers get away with taxing the right to own a gun, every left-leaning local government across the country will quickly follow. This will be an expensive, drawn-out legal battle.”

Councilor Dev Davis voted against the ordinance, saying that it’s unconstitutional and will be ineffective in mitigating gun violence. 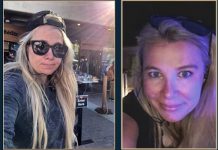