Dec. 10 (UPI) — Near the sixth anniversary of the Sandy Hook shooting attack, new documents are shining light on the mental state of shooter Adam Lanza.

Lanza left behind hundreds of pages of writings that include a detailed spreadsheet of 400 acts of mass violence, his loneliness, interest in pedophilia and an intense “scorn for humanity.”

The Hartford Courant reported the writings after winning an appeal in the Connecticut Supreme Court in October to have law enforcement release documents collected by detectives.

On Dec. 14, 2012, the 20-year-old Lanza killed his mother at a home before assaulting Sandy Hook Elementary School in Newtown, where 20 first-grade children and six educators were killed. Lanza shot himself after the rampage.

Journal entries by Lanza included a range of topics, like psychiatrists’ reports that detailed his loneliness, crippling obsessions, his hatred for most other people and a fascination with mass murder.

“Relationships have absolutely no physical aspect to me,” Lanza wrote in one entry. “All that matters is communication.”

Lanza accused some doctors of molesting him and accused his parents of “sanctioning” the experience.

“I don’t see how I and every child was not raped by doctors: We did not consent to it,” Lanza wrote. “We only did it because our parents made us. Which is another point: If we as a society taught children that they are independent of their parents and that they should not blindly follow them, they would not be abused by their parents in the way they often are.”

The writings also said Lanza was “irritated” by his brother Ryan, who was then a student at Quinnipiac University, but never gave an explanation for any of his feelings.

Authorities said Lanza had access to various weapons owned by his mother and practiced firing a Bushmaster AR-15, the primary weapon in the Sandy Hook attack, at a range with his mother.

The FBI previously released more than 1,500 pages of documents related to Lanza’s investigation last year, but they were heavily censored. 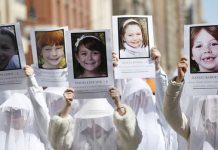 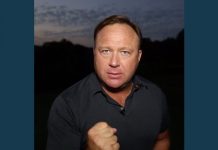 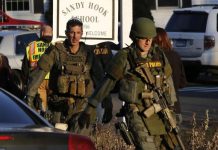