Oct. 22 (UPI) — Before and after satellite images of the Florida Panhandle coastline have uncovered the stark damage inflicted by Hurricane Michael — damaged buildings, ruined homes and downed trees.

The U.S. Geological Survey Coastal Hazards Storm team compared the photos to see how the coastline was affected by Michael’s storm surge.

“These lower-altitude oblique photos give us a clearer view of the beach and dunes,” storm team leader Kara Doran said. “We can see whether the storm surge and waves altered or eliminated that protective barrier, and what happened to the houses and roads behind the dunes.”

The preliminary evidence shows experts accurately forecast where the largest waves would hit and where the most damage would occur. They predicted St. Andrews State Park to Mexico Beach would have the most flooding and the satellite photos back that up, Doran said.

The images of Mexico Beach, where the eye wall passed over Oct. 10, show entire neighborhoods washed away. Other areas were harder to predict.

“Our models don’t take into account the duration of elevated water levels, so when the water levels are above normal days before a storm, those dunes are already eroding before we see the peak impact from a storm,” Doran said.

In Panama City, residents are trying to recover without credit card or cellphone service. Most banks are closed and power is still out in some places.

BB&T used a mobile satellite unit in the parking lot so people can bank again.

“When there’s no power, there’s not connectivity, and obviously [ATMs] don’t work,” BB&T spokesman Brian Davis said. “It’s bad. I cried. I used to be in news. I’ve seen hurricanes, I’ve seen tornadoes … I’ve never seen anything like this.” 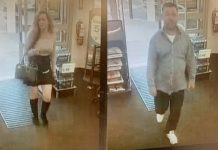 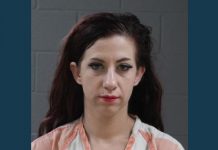 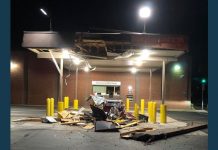