Salma al-Shehab was sentenced on Monday while the government also gave her a 34-year ban on traveling outside of Saudi Arabia.

The mother of two was originally detained in 2021 while on vacation in Saudi Arabia.

Before leaving Britain, she used Twitter to call for reforms and the release of activists in Saudi Arabia. She is a member of the Kingdom’s Shia Muslim minority.

“We are deeply concerned to learn of the recent development in Salma’s case and are seeking advice on whether there is anything we can do to support her,” England’s University of Leeds wrote on Twitter Wednesday.

“Our thoughts remain with Salma, her family, and her friends among our close-knit community.”

The 34-year-old Saudi citizen is studying for a PhD at the university where her research focused on improving dental treatment for patients with disabilities.

Her initial six-year prison sentence was later increased to 34 years after she filed an appeal.

“Saudi Arabia has boasted to the world that they are improving women’s rights and creating legal reform, but there is no question with this abhorrent sentence that the situation is only getting worse,” Freedom Initiative Saudi case manager Dr. Bethany Al-Haidari said in a statement.

“It is unfortunately no surprise that MBS feels more empowered than ever in presiding over such egregious rights violations. Without any real steps toward accountability, Biden’s trip to Jeddah and the international community’s embrace must feel like a green light. The Saudi authorities must release Salma and ensure that her young boys do not grow up without a mother simply because she called for freedom for human rights activists.” 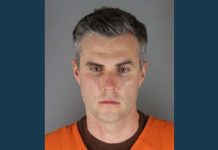 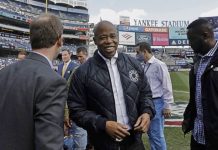