Schumer, D-N.Y., wrote on Twitter that he was “working night and day” with Senate and House Democrats to ensure that the Build Back Better plan will lower the cost of prescription drugs “for seniors, families and more.”

The agreement, which would allow Medicare to negotiate drug prices in certain instances, halts price hikes above inflation reduces seniors out of pocket co-pays and establishes a $2,000 out-of-pocket limit for seniors’ expenses in Medicare Part D.

“Fixing prescription drug pricing has consistently been a top issue for Americans, year after year, including the vast majority of both Democrats and Republicans,” Schumer said.

Schumer added, however, it was not as sweeping as some members of the party had initially planned.

“It’s not everything we all wanted. Many of us would have wanted to go much further, but it’s a big step in helping the American people deal with the price of drugs,” he said.

Sen. Kyrsten Sinema, D-Ariz., who along with Sen. Joe Manchin, D-W.Va., has withheld her support for the broader bill cheered on the agreement in a statement.

“The Senator welcomes a new agreement on a historic, transformative Medicare drug negotiation plan that will reduce out-of-pocket costs for seniors — ensuring drug prices cannot rise faster than inflation — save taxpayer dollars, and protect innovation to ensure Arizonans and Americans continue to have access to life-saving medications, and new cures and therapeutics,” her office said.

Manchin on Tuesday said that while he believes Congress should vote on a sweeping infrastructure bill first, he has conceded that progressives will not allow the vote until a deal on the spending bill is reached.

“We’re going to get something done. But I still believe in my heart of hearts, with the unknown that we have right now, that we should have waited,” he said. “We’re not going to wait. That ship has sailed. I understand that.”

House Speaker Nancy Pelosi, D-Calif., said she believes the party could settle their disputes over the two pieces of legislation “by the end of the day” Tuesday.

“For a generation, House Democrats have been fighting to deliver real drug price negotiations that will lower costs. With today’s agreement on strong lower drug price provisions for the Build Back Better Act, Democrats have a path forward to make good on this transformational agenda for our seniors,” she said. 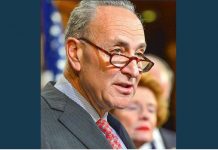