April 21 (UPI) — Scientists have adapted an optics technique used by astronomers to render biological processes at both the cellular and sub-cellular level in unprecedented detail.

“For the first time, we are seeing life itself at all levels inside whole, living organisms,” Tom Kirchhausen, a professor of cell biology and pediatrics at Harvard Medical School and a researcher at Boston Children’s Hospital, said in a news release.

The new microscope can be used to study almost any biological process or system in any kind of living organism. Scientists can use the microscope to render 3D images of a range biological phenomena in real-time.

Scientists successfully adapted the technology to work with a lattice light sheet microscope on much smaller scales. The hybrid technology allows scientists to probe deeper into tissue and cells by scanning a less-powerful layer of diffused light across biological samples.

As part of the initial tests, scientists used the microscope to survey the cells of a zebrafish. For the first time, scientists watched an immune cell swimming through the zebra fish’s ear, scooping up sugar particles along the way.

Until now, it was necessary to deploy high-powered lasers for such high-resolution images — but powerful beams can damage biological samples. The new technology allows scientists to study biological systems in vitro. Scientists were also able to watch human cancer cells migrating through the bloodstream of a zebrafish model.

“This raises the nagging doubt that we are not seeing cells in their native state, happily ensconced in the organism in which they evolved,” said lead researcher Eric Betzig. “It’s often said that seeing is believing, but when it comes to cell biology, I think the more appropriate question is, ‘When can we believe what we see?'”

Betzig and his colleagues detailed their technological breakthrough in a new paper published this week in the journal Science. 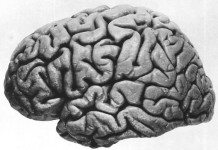