Jan. 25, 2018 — The United States is in the grip of a tough flu season, and the current influenza vaccine is only partially effective. However, scientists say they’re getting closer to a “universal” flu shot for the leading strain of the illness — a vaccine that wouldn’t need to be redeveloped and readministered each year.

Trials in mice found that the new shot triggered lasting immunity against influenza A virus strains, which are responsible for up to 90 percent of cases this year.

“Vaccination is the most effective way to prevent deaths from influenza virus, but the virus changes very fast and you have to receive a new vaccination each year,” explained lead researcher Dr. Bao-Zhong Wang. He’s associate professor at the Institute for Biomedical Sciences at Georgia State University.

“We’re trying to develop a new vaccine approach that eliminates the need for vaccination every year,” Wang said in a university news release. “We’re developing a universal influenza vaccine. You wouldn’t need to change the vaccine type every year because it’s universal and can protect against any influenza virus.”

Currently, flu vaccines have to be changed every year to match the flu viruses predicted to be the most common in the upcoming flu season. However, the vaccines miss the mark in some flu seasons.

The experimental vaccine against influenza A targets flu viruses in a different way. As the researchers explained, the typical seasonal flu vaccine is engineered to focus on the microscopic head of the virus’s exterior surface protein. But this part of the flu virus mutates easily, so it’s a “moving target” each year.

The new vaccine goes deeper — aiming at the interior “stalk” of the virus, which is much less quick to change.

Using super-small protein “nanoparticles” to help target the stalk, Wang’s group found that the vaccine shielded mice against a wide range of influenza A viruses, including strains H1N1, H3N2, H5N1 and H7N9.

Of course, much more work needs to be done, since experiments that work in animal studies often don’t pan out in humans. The next step is to test the vaccine in ferrets, which are more similar to humans in terms of their respiratory system, Wang’s group said.

Two flu experts said such a shot is desperately needed.

“Any vaccine technology that can potentially result in a ‘universal’ vaccine is welcome news,” said Dr. Sunil Sood, chair of pediatrics at Southside Hospital in Bay Shore, N.Y.

“A layered protein nanoparticle influenza A vaccine, if ultimately tested in humans, could protect against the majority of influenza viruses that circulate yearly, because A viruses almost always predominate,” he said.

“While they demonstrate efficacy in mice, whether humans will respond similarly awaits future demonstration,” Feldmesser said.

The findings were published Jan. 24 in Nature Communications. 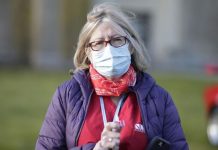 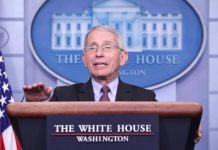