A new team of European researchers is aiming to peer even further back in time. The group is set to depart for East Antarctica this month in search of the oldest ice on Earth.

“We want to double the length of that record to investigate an important shift in Earth’s climate around one million years ago, when the planet’s climate cycle between cold glacial conditions and warmer interludes changed from being dominated by a 41,000-year pattern to a 100,000 year cycle,” Robert Mulvaney, an ice core scientist with the British Antarctic Survey, said in a news release.

Tiny air bubbles trapped in ancient ice allow scientists to measure how Earth’s atmosphere changed over time, as well as assess the role of increasing and decreasing CO2 levels in dictating climate change.

“We need to understand the interaction between the Earth’s atmosphere and climate in very different conditions in the past if we are to be sure we can predict the future climate response to increasing greenhouse gases,” Mulvaney said. “There is no other place on Earth that retains such a long a record of the past atmosphere other than the Antarctic ice sheet, and it is tremendously exciting to be embarking now on the journey to recover this record.”

The ice-hunting efforts are part of a mission called Beyond EPICA, funded by the European Union. Scientists will survey a variety of potential ice-drilling locations East Antarctica.

To find where ancient ice is hiding, scientists must analyze a variety of factors, including temperature, topography, ice flow and snow accumulation. Identifying the places most likely to harbor ancient ice is phase one of the mission. Phase two, drilling, will likely take several years to complete.

The hope is the mission will yield ice samples as old as 1.5 million years.

“During previous studies we determined key regions where we expect the oldest continuous ice record on Earth,” said Olaf Eisen, project coordinator and glaciologist at the Alfred Wegener Institute. “Now we have to prove this and it is important that we learn as much as possible about deposition processes and the composition of the ice.” 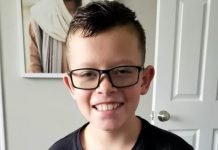