Sept. 22 (UPI) — Scientists have observed, for the first time, a jellyfish in a sleep-like state. It’s the first time an animal without a brain or central nervous system has been observed sleeping.

The findings — detailed this week in the journal Current Biology — could help scientists finally answer the questions: Do all animals sleep?

All vertebrates studied by scientists sleep, but researchers haven’t been able to agree whether or not sleep is ubiquitous, or even common, among invertebrates. Studies have suggested fruit flies and roundworms sleep, but what about more primitive organisms like sponges and jellyfish?

“We wanted to figure this out once and for all,” Paul Sternberg, researcher at Caltech’s Howard Hughes Medical Institute, said in a news release.

To figure it out, researchers at Caltech turned their attention to upside-down jellyfish, members of the true jellyfish genus Cassiopea. The mostly stationary jellyfish prefer warm shallow waters such as mudflats and mangrove swamps.

The unusual jellyfish resemble cauliflower or an upside-down mushroom, with their round, sand-dollar-sized bodies resting on the ocean floor and their tentacles curled upwards.

Cassiopea jellyfish do move. Like their relatives, they pulse at a steady rate. The research team wanted to find out if the jellyfish moved constantly.

“We went in at night and videotaped them with an iPhone,” said grad student Ravi Nath.

Researchers observed the animals in tanks for several days and nights. They found the jellyfish’s pulsing slowed at night, but the organisms became animated when scientists dropped bits of food into the tank.

Researchers also found the jellyfish pulsed less often the day after a night of disrupted sleep.

“After they catch up on their sleep, they return to normal,” said Nath.

Sternberg hopes to take the research even further. He hopes his future studies can answer more complicated questions. 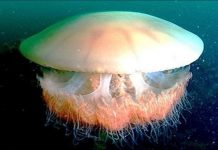 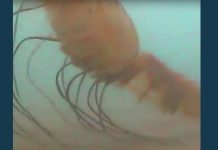 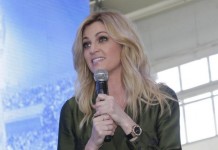