Nov. 27 (UPI) — A Seattle church is planning to demolish homeless shelters on its property to make space for a bigger parking lot, leading to complaints from local activists.

The University Unitarian Church in northeast Seattle is spending $17 million to renovate its property, the Seattle Times reported. But it would cost an extra $1 million to bring the several small cottages for formerly homeless people on its property up to date under building code laws, so church leaders decided to demolish the homes and instead put in 17 extra parking spaces.

Ten people currently live in the housing. They will have one year to vacate the premises.

The Rev. Jon Luopa, pastor of the UUC, said the church plans to expand and its members come from long distances and more parking is essential. Luopa also said his congregation is more inclined to advocate for homeless people than engage in direct action.

In a Facebook post, Luopa said that his congregation has worked on housing issues for more than 40 years, and the decision to remove the houses was a “painful one.”

The plan to demolish housing for formerly homeless people comes at a time when Seattle is experiencing a vast shortage of affordable housing and has one of the highest income inequality rates in the country.

Doug Crandall, CEO of Community Psychiatric Clinic, which manages cases for the 10 residents and will help find new housing for them, told the Seattle Times it’s getting more difficult to help people in need of housing.

“We have enough housing, and we have enough turnover in our housing to house these 10 individuals — but yes, this is a struggle,” Crandall said. “Our clients are needing to move further away from Seattle.”

The Seattle Displacement Coalition said the demolition of existing housing structures to build parking spaces might not be legal under Seattle law and have filed a complaint with the city.

“Recently the City Council watered down this legislation allowing developers to abandon rental homes and then later demolish them, but the prohibition on demolition for a parking lots remains,” the group said in a blog post.

“The actions by University Unitarian in this case seem totally out of character for a church that prides itself on its long history of social activism and advocacy,” they added. 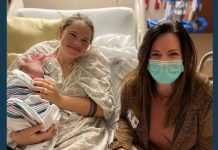 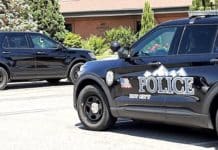