Sept. 28 (UPI) — The Securities and Exchange Commission filed a lawsuit Thursday against Tesla CEO Elon Musk for misleading investors by tweeting he had secured funding to take the company private.

The SEC’s complaint alleged that Musk fabricated the August claim, which caused Tesla’s shares to rise, as he hadn’t actually discussed or confirmed key terms of the deal, such as the price, with any potential funding source.

“Musk made his false and misleading public statements about taking Tesla private using his mobile phone in the middle of the active trading day,” the complaint stated. “He did not discuss the content of the statements with anyone else prior to publishing them to his over 22 million Twitter followers and anyone else with access to the Internet. He also did not inform Nasdaq that he intended to make this public announcement, as Nasdaq rules required.”

The lawsuit seeks an order preventing Musk from serving as as an officer or director of a public company in addition to unspecified monetary penalties.

“A chairman and CEO of a public company has important responsibilities to shareholders,” Stephanie Avakian, co-director of the SEC’s division of enforcement, said during a press conference Thursday, according to CNBC. “Those responsibilities include the need to be scrupulous and careful about the truth and accuracy of statements made to the investing public, whether those statements are made in traditional forms such as a press release or an earnings call or through less formal methods such as Twitter or other social media.”

Musk denied the allegations, which he called “unjustified.”

“This unjustified action by the SEC leaves me deeply saddened and disappointed,” Musk said in a statement to CNBC. “I have always taken action in the best interests of truth, transparency and investors. Integrity is the most important value in my life and the facts will show I never compromised this in any way.”

Musk tweeted about taking the company private on Aug. 7 shortly before trading for Tesla share’s stopped at about 2 p.m. EDT at $367 a share.

“Am considering taking Tesla private at $420. Funding secured,” he wrote. “Shareholders could either to sell at 420 or hold shares and go private.”

Stocks jumped more than 10 percent after the announcement, but on Aug. 25., Musk announced he had decided not to take Tesla private, citing the will of his investors.

Musk added that time and money also motivated the decision, which he reached after meeting with Tesla’s board of directors.

Tesla stocks fell about 10 percent in in after-hour trading, following news of the lawsuit. 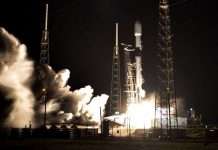