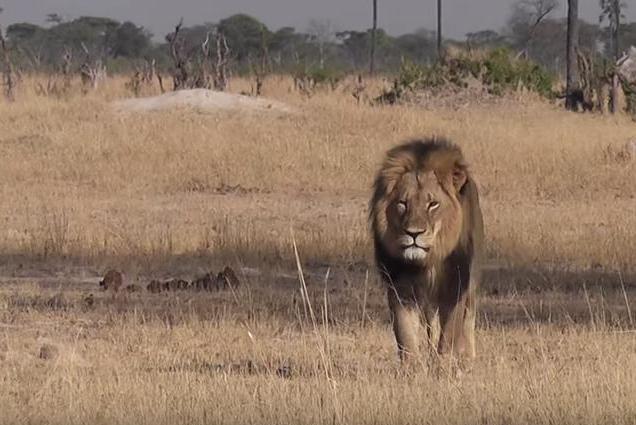 HARARE, Zimbabwe, Aug. 2 (UPI) — Another American hunter has been accused of killing a lion in Zimbabwe near a protected wildlife preserve during an illegal hunt, officials said Sunday.

The news of another dead lion comes amid global outrage over Minnesota dentist Walter Palmer’s reported shooting of Cecil the lion — who was basically an animal celebrity in the Sub-Saharan African nation — on July 1.

“The American conducted his hunt in an area where lion hunting is outlawed,” she told USA Today. “The landowner who helped him with the hunt also did not have a quota for lion hunting.”

Animals are not permitted to be hunted inside Hwange National Park. In Cecil’s case, wildlife officials have said it appears Palmer may have lured the animal outside of the park’s boundaries. It is not yet known exactly where the lion was killed in April.

Initial reports claimed that Palmer paid about $50,000 for his hunt — and two Zimbabwe residents have since been charged criminally in the case. Zimbabwe officials are also attempting to extradite Palmer to face charges, as well.

Also Sunday, the Zimbabwe Conservation Task Force clarified a report from Saturday in which they claimed Cecil’s ally, a lion named Jericho, had been shot and killed.

“Mistaken Identity – Jericho is in fact alive and well and has adopted Cecil’s cubs,” the ZCTF wrote in a Facebook post. “We were given 3 separate confirmed reports last night that is was Jericho.”

The ZCTF said it believed that another lion that had been found dead was Jericho.

“We apologize for reporting that he had died but were confident that our sources were in fact correct. This was a case of mistaken identity,” it said in the Facebook post.