BOSTON, June 15 (UPI) — They’ve done it again. For the second time this year — and ever — astronomers have announced the detection of gravitational waves, ripples in the space-time continuum created by the collision of two faraway black holes.

The detection was made using LIGO, the Laser Interferometer Gravitational-Wave Observatory, same as last time.

The second ripple — or “chirp,” as astronomers call it — was detected on Dec. 26, 2015, by LIGO’s two L-shaped antennae, located in Livingston, La., and Hanford, Wash.

The study’s authors say the cosmic collision happened 1.4 billion years ago and involved a pair of black holes 14.2 and 7.5 times the mass of the sun. As the two black holes collided, they spun about each other 55 times.

In the process, their velocity reached half the speed of light. As the two became one, a massive amount of energy was released, sending a gravitational wave across the universe.

“The first event was so beautiful that we almost couldn’t believe it,” LIGO researcher Salvatore Vitale, a scientist in MIT’s Kavli Institute for Astrophysics and Space Research, told MIT News.

“Now, the fact of having seen another gravitational wave proves that indeed we are observing a population of binary black holes in the universe,” Vitale said. “We know we’ll see many of these frequently enough to make interesting science out of them.”

Researchers say the latest detection was harder to find than the first; it was less obvious, better disguised by noise. It took extra-careful analysis to excise it from the background fluctuations and confirm its origins.

This chirp, or space-time disturbance, was created by a pair of colliding black holes much less massive than the first pair — and also much more like the kinds of black holes astronomers regularly observe in the universe.

“In a way this is nice and reassuring — it means we may be targeting the same population that we can observe with traditional astronomy,” said LIGO scientist Lisa Barsotti, also a researcher at MIT Kavli and a member of the LIGO team.

LIGO is now offline and undergoing upgrades. When it comes back online, it will be more sensitive than ever. Researchers hope more frequent gravitational wave detection will follow. With more detections, astronomers may gain a better idea of how black holes come in contact and which types of collisions are most common.

“This is a new era of astronomy, and now we can actually probe the universe in ways that we never imagined we could do before,” Barsotti said. 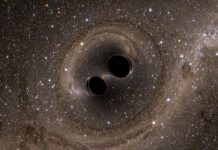 Is evidence of extra dimensions hiding in gravitational waves? 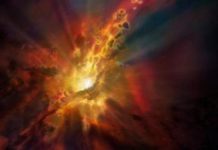 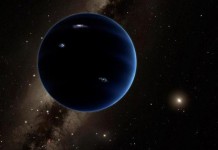