March 27 (UPI) — A self-help group leader is accused of forcing his female clients into a sexual slavery cult, according to an FBI indictment released Monday.

Keith Raniere, founder of Nxivm, an Albany, N.Y.-based self-help group that aims to “empower people and answer important questions about what it means to be human,” was arrested at a luxury resort in Puerto Vallarta, Mexico, and deported by Mexican authorities Sunday. He faces charges of sex trafficking, sex trafficking conspiracy and forced labor conspiracy and is scheduled to appear in federal court in Fort Worth, Texas, on Tuesday.

“Keith Raniere created a secret society of women whom he had sex with and branded with his initials, coercing them with the threat of releasing their highly personal information and taking their assets,” U.S. Attorney Donoghue said in a statement.

FBI Assistant Director-in-Charge Sweeney said Raniere “displayed a disgusting abuse of power in his efforts to denigrate and manipulate women he considered his sex slaves” and “allegedly participated in horrifying acts of branding and burning them, with the cooperation of other women operating within this unorthodox pyramid scheme.”

Nxivm has been around more about 20 years and has centers across North America, including the United States, Canada, Mexico and Central America. The organization sells workshops that cost as much as $5,000 for five days and participants are encouraged to keep taking classes to reach higher “goal levels.”

But according to reports, including The New York Times and Vanity Fair, the main funding source of Nxivm are Clare and Sara Bronfman, two sisters who are heiresses to the Seagram family liquor fortune.

That funding helped sustain a secret group within Nxivm called “DOS,” which loosely translates from Latin to “Lord/Master of the Obedient Female Companions,” and operates with levels of women “slaves” who are headed by “masters.”

“Slaves were expected to recruit slaves of their own (thus becoming masters themselves), who in turn owed service not only to their own masters but also to masters above them in the DOS pyramid,” prosecutors said. “Raniere stood alone at the top of the pyramid. Other than Raniere, all members of DOS were women.”

The indictment said DOS members were compelled to give damaging “collateral” information, including sexual photographs and video recordings of damaging confessions. The collateral would then be used to blackmail the slaves into performing various tasks, ranging from “acts of care,” like getting coffee or cleaning up for their master to having sex with Raniere.

“Other assignments appeared designed to groom slaves sexually for Raniere,” the indictment says. “For example, Raniere is known to sexually prefer women who are exceptionally thin, and a number of the slaves’ assignments required them to adhere to extremely low-calorie diets and to document every food they ate. Other women were assigned to periods of celibacy during which they were not allowed to have sex with anyone or masturbate…DOS victims who received the assignment to have sex with Raniere believed they had to complete the assignment or risk release of their collateral.”

In a statement posted on the Nxivm website, Raniere said, “the picture being painted in the media is not how I know our community and friends to be, nor how I experience it myself.”

Raniere added that “highly qualified individuals” performed independent investigations into the group and “firmly concluded that there is no merit to the allegations that we are abusing, coercing or harming individuals.” 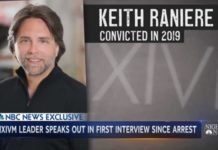 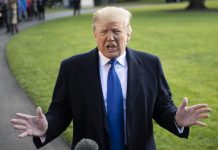