It’s unclear what ailed the 80-year-old Democrat from Vermont.

“This evening, Senator Leahy was in his Capitol office and was not feeling well. He was examined in the Capitol by the attending physician,” Carle said earlier in the day.

“Out of an abundance of caution, the attending physician recommended that he be taken to a local hospital for observation, where he is now, and where he is being evaluated.”

Leahy announced Monday he would preside over Trump’s pending impeachment trial as president pro tempore of the Senate instead of Supreme Court Chief Justice John Roberts, as is customary. 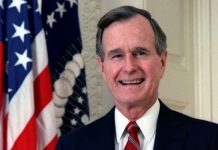