Feb. 15 (UPI) — The U.S. Senate on Wednesday approved a rollback of a rule preventing some receivers of Social Security disability benefits from purchasing guns.

It voted 57 to 43 to strike down a regulation requiring the Social Security Administration to report those with mental health conditions who receive disability benefits to the FBI background check system. The FBI database is used to determine eligibility to purchase firearms; it was expected to add about 75,000 names to the list of those disqualified.

The rule was implemented by the Obama administration after the 2012 shooting at the Sandy Hook Elementary School in Newtown, Conn., where 20 children and six adults died.

The reversal of the law passed the House last week, and is expected to be approved by President Donald Trump. Republicans in Congress are moving quickly to dismantle Obama-era rules through use of the Congressional Review Act; the act allows a simple majority in each chamber, instead of 60 votes in the Senate, to reverse a rule.

Sen. Chris Murphy, D-Conn., who formerly represented the city of Newtown in the House, argued the measure will “make it harder for the federal government to do what we have told them to do for decades, which is to put dangerous people and people who are seriously mentally ill on the list of people who are prohibited from buying a gun. We know that people with serious mental illness in this country can go buy a very powerful weapon and do great damage with it.”

Critics of the rule said it denied people not dangerously mentally ill, such as those with eating or sleep disorders, from owning firearms.

“The reality is that, like us, they believe the regulation is simply bad policy, places an unfair stigma on those with disabilities and violates their constitutional rights, which is why a wide array of groups oppose it,” McConnell said. 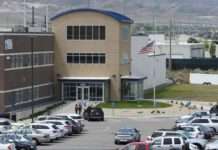 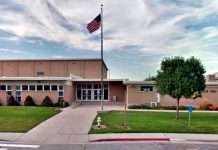