March 15 (UPI) — The Senate on Tuesday approved a measure to make daylight saving time permanent throughout the United States.

The measure was approved by unanimous consent and if signed into law, the bill would halt the practice of turning clocks back an hour in the fall, preserving an hour of daylight in the afternoon.

The bill’s lead sponsor, Sen. Marco Rubio, R-Fla., touted potential benefits such as reduced seasonal affective disorder in the fall when darkness falls earlier in the day and more time for children to take part in outdoor activities after school. He said he had no assurance the House would take up the measure but said “it’s an idea whose time has come.”

“There’s strong science behind it that is now showing and making people aware of the harm that clock switching has, there’s an increase in heart attacks, car accidents and pedestrian accidents,” he said on the Senate floor.

“The benefits of daylight saving time has been accounted for in the research: Reduced crime as there is light later in the day, decreases in seasonal depression that many feel during standard time.”

Rubio said the bill would not be able to take effect until Nov. 20, 2023, stating that airlines and other transportation industries requested “a few months to make the adjustment” to their existing schedules.

Rhode Island Sen. Sheldon Whitehouse, the bill’s lead Democratic sponsor, said the bill “would give us a chance for Americans all across the country to be rid of fall back and make daylight saving time permanent and to add a little sunlight into most people’s lives.”

Steve Callandrillo, a law professor who has researched the costs of changing to daylight saving time, testified before the House Consumer Protection and Commerce Subcommittee last week that while saving energy “was the original justification for daylight saving time, it’s no longer as strong as it used to be, but it still does save energy.”

National Association of Convenience Stores lobbyist Lyle Beckwith, however, said the time change can be a boon for businesses as studies showed that credit card spending increased in the spring in Los Angeles, which observes daylight saving, compared to Phoenix, which does not.

“When the clocks change in the spring, people feel as though they have more time after work to engage in a range of activities that increase commerce, from eating out to shopping,” Beckwith said.

Lawmakers from both parties introduced time change bills in the House with two proposing making daylight saving time permanent, while two others would allow states the option to observe it year-round. 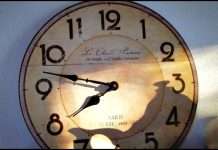