Aug. 1 (UPI) — The U.S. Senate on Wednesday confirmed Kelly Craft to become the U.S. ambassador to the United Nations, filling a role left vacant since Nikki Haley’s resignation in December.

The chamber voted 56-34 in favor of Craft, who was the U.S. ambassador to Canada since October 2017. Five Democrats sided with Republicans in the vote.

President Donald Trump formally nominated Craft in May after his first choice, former State Department spokeswoman Heather Nauert, withdrew her name from consideration. He indicated his intention to nominate Craft in a February tweet.

“Kelly has done an outstanding job representing our Nation and I have no doubt that, under her leadership, our Country will be represented at the highest level. Congratulations to Kelly and her entire family!,” Trump said.

Craft, 57, became ambassador to Canada in October 2017 after being confirmed by a 96-4 vote in the Senate. Before becoming an ambassador, she served on the board of trustees of her alma mater, the University of Kentucky, for a term beginning August 2016.

President George W. Bush appointed her an alternate delegate to the United Nations in 2007.

Craft, a Kentucky native, and her husband, billionaire coal mining executive Joe Craft, have been big Republican donors. They were married in 2016. 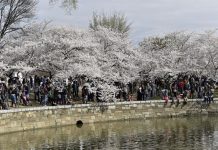 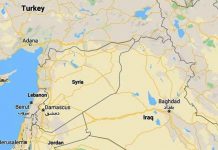 U.S. to sanction Syria to block Assad from military victory