July 22 (UPI) — Sens. Bob Menendez, D-N.J., and Ben Cardin, D-Md., led the introduction of a bill Wednesday seeking to address the disproportionate impact of COVID-19 on communities of color.

The COVID-19 Health Disparities Action Act would require the Trump administration to develop an action plan to address the disproportionate impact of COVID-19 to provide targeted testing, contact tracing and outreach efforts directed at communities of color.

“COVID-19 has had a particularly devastating impact on racial minorities across America,” said Menendez. “The fact is Black and Brown Americans suffer higher rates of chronic disease, inequitable access to healthcare, fewer economic opportunities and in some cases real language barriers.”

The bill would also require states to revise testing and contact tracing plans to address racial and ethnic minority, rural and other vulnerable populations and ensure that federally funded contact-tracing efforts are tailored to the radical and ethnic diversity of local communities.

The senators noted that African Americans are dying of COVID-19 at approximately 2.5 times the rate of White people, according to the COVID Racial Data Tracker, while American Indian, Alaska Native, Hispanic and Asian American communities are also being affected by the virus at disproportionate rates.

Earlier this month, the Centers for Disease Control and Prevention found that COVID-19 has also had a greater impact on younger people in communities of color as more than 34% of Hispanic and Latin Americans who died from the virus were younger than 65 and 30 percent of Black Americans who died from COVID-19 also were younger than 65, compared to just over 13% of White Americans. 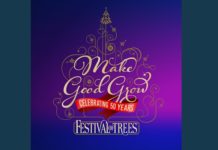 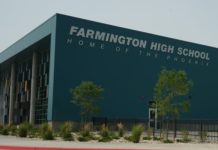