July 21 (UPI) — Senate Republicans on Wednesday blocked a procedural vote to advance a massive bipartisan infrastructure bill, saying it is premature to do so while negotiators are still ironing out its details.

Following through on warnings this week that Senate Majority Leader Chuck Schumer’s bid to open debate on the measure is coming too soon, GOP senators mustered 49 votes to block consideration of the measure.

The infrastructure bill, ultimately expected to be worth $600 billion, has been tagged as a key priority of President Joe Biden and enjoys the support of a key group of centrist Republicans.

But they joined with their GOP colleagues in voting down Schumer’s bid to move debate forward while negotiators from both parties have yet to find common ground over issues such as funding for transit and how to pay for the package.

The bipartisan bill focuses on brick-and-mortar projects while Democrats prefer a version that seeks $3.5 trillion for wider related issues like climate change initiatives and “human infrastructure” such as childcare.

Schumer said the vote is a bid to push the bill forward since it’s been nearly a month since Biden said moderate Republicans and Democrats had agreed on a framework.

Republican leaders indicated after the vote, however, that another try will be made as soon as a text is finalized.

“We’re a ‘no’ today because we’re not ready,” Sen. Rob Portman, R-Ohio, the lead Republican negotiator, told Politico. “We’re saying we do want to take up this bill as soon as we are, and we think that’ll be Monday.”

“I’m disappointed that we could not agree to start the debate on the bipartisan infrastructure package,” Sen. Ben Cardin, D-Md., tweeted. “Infrastructure is more than roads and bridges. We have to rebuild America. We need to be bold to modernize our nation.

“We have to pass this infrastructure bill.”

Sen. Mitt Romney, R-Utah, who is part of that bipartisan group that worked on the framework of the bill, called on Schumer to delay Wednesday’s vote until Monday because negotiators are close to reaching a full agreement.

“Until we’ve ironed out all of the remaining issues, Wednesday is premature, but I think Monday would be sufficient time for us to get all the remaining issues solved, and socialize the legislation with our colleagues so they know how they want to vote,” Romney said, according to NPR. 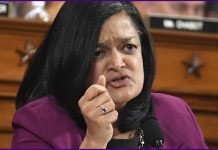