The Senate judiciary committee is set to begin four days of hearings to consider Barrett’s nomination beginning on Oct. 12 as Trump has called for the Republican-held Senate to swiftly complete the confirmation process, which would swing the court to a 6-3 conservative majority, ahead of November’s elections.

“This should be a straightforward and prompt confirmation. This should be very easy. It should be very quick. I’m sure it will be extremely non-controversial. We said that last time, didn’t we?” Trump said on Saturday referring to the contentious confirmation of Supreme Court Justice Brett Kavanaugh in October 2018 amid sexual assault allegations.

Senate Republican leader Mitch McConnell of Kentucky is set to meet with Barrett next week and hailed her nomination on Saturday.

“The Senate will evaluate this nomination on the basis of Judge Barrett’s objective qualifications. But it cannot escape notice that this nominee has also already won national admiration for her shining example of strong female leadership at the very top of her field,” said McConnell.

Democrats are expected to make efforts to block portions of the proceedings despite lacking the necessary votes to block the nomination outright.

Some Democrats including Sen. Bob Casey, D-Penn.; Sen. Mazie Hirono, D-Hawaii; and Sen. Jeff Merkley, D-Ore.; have said they will refuse to meet with Barrett, as many Republicans did in 2016 after former President Barack Obama nominated Merrick Garland to the high court.

Members of the Senate judiciary committee have, however, said they plan to attend the confirmation hearings.

Among those on the committee are Democratic Sens. Joe Manchin of West Virginia and Tim Kaine of Virginia who both said they plan to vote against Barret’s confirmation despite backing her 2017 nomination to the federal bench.

“I cannot support a process that risks further division of the American people at a time when we so desperately need to come together,” said Manchin. “I will not vote to confirm Judge Coney Barrett or any Supreme Court nominee before Election Day on Nov. 3.”

Democrats have also made the case that Barrett’s nomination would put the Affordable Care Act, also known as Obamacare, at risk as the court is scheduled to weigh a case regarding the constitutionality of the policy a week after the election.

“A vote by any Senator for Judge Amy Coney Barrett is a vote to strike down the Affordable Care Act and eliminate protections for millions of Americans with pre-existing conditions,” said Sen. Chuck Schumer, D-N.Y.

Democratic presidential candidate Joe Biden, who served as vice president alongside Obama when the ACA was put into effect, also warned of the dangers of the Supreme Court ruling against the policy.

“If President Trump has his way, complications from COVID-19, like lung scarring and heart damage, could become the next deniable pre-existing condition,” said Biden. “The American people know the U.S. Supreme Court decision affect their everyday lives.”

Sen. Mike Lee, R-Utah, countered the concern highlighting Barrett’s reputation as a “textualist” on ABC News’ This Week Sunday and stating that potential justice’s previous contributions to the law should not be used to predict how they might vote on a single Supreme Court case. 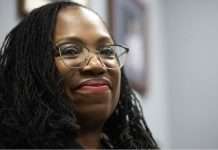 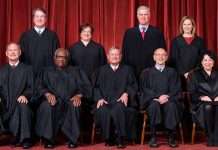