Kim Yeon-chul, the new unification minister and former head of the Korea Institute for National Unification, a government-run think tank, said Friday he would do his “best” to make a temple stay program in the North a reality, Tongil News reported.

In the South, temple stay is a popular cultural program available at several South Korean Buddhist temples. Visitors live at the temple and engage in meditation practice and other daily rituals of local monks.

Kim made the remarks while visiting with Wonhaeng, the president of South Korea’s Jogye Order of Buddhism.

“Religious exchange between North and South have historically made progress,” Kim said at the meeting. “In the case of Buddhism, because of experience at many levels, the unification ministry will actively prepare for expansive exchange.”

When Wonhaeng expressed disappointment with the Hanoi summit, Kim said he would do his best to make possible a temple stay program in North Korea.

In February, President Moon Jae-in had said a temple stay program at the North Korean temple of Shin Kye Sa in Mount Kumgang could be the first step to restarting South Korean tourism to the region.

Tourism has not resumed, owing to international sanctions and restrictions against activities that could help North Korea earn foreign currency, possibly for its nuclear weapons program.

Kim also said Friday he is optimistic about a fourth summit between Moon and North Korean leader Kim Jong Un.

Yonhap reported Friday the unification minister “expects” North Korea to respond to Moon’s call for a fourth meeting, although the North has yet to respond to the offer.

“As you can see, the two leaders have continued to confirm the trust they have in each other. So [the response] will very likely come,” Kim Yeon-chul said following the meeting with the Buddhist group. 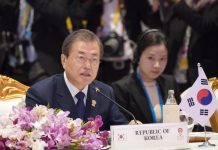 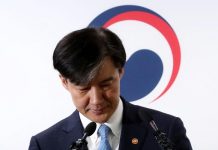 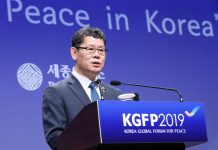