March 2 (UPI) — Analysts and investors on Wall Street who wondered how Snapchat’s parent company, Snap Inc., would fare when it hit the open market got their answer Thursday.

Shares of the social media and camera company left the gates Thursday worth substantially more, $24 per share, than they were 12 hours earlier. That’s a 41 percent increase from the $17-per-share bar the company set Wednesday night.

By midday, the shares had inched up slightly to more than $25.

The company’s long-awaited public introduction, planned for four months and led by Goldman Sachs and Morgan Stanley, fueled all types of speculation regarding how the stock might perform. Initial investors who were part of Snap’s recruiting drive over the past few weeks posed a laundry list of questions and concerns to executives of the five-year-old company about the stock’s potential, to sink or swim.

“Snap presents investors with the opportunity to invest in the company behind an innovative, large-scale, and distinctively young-skewing platform,” analyst Brian Wieser, who gave Snap a “sell” rating, told Bloomberg Thursday. “Unfortunately, it is significantly overvalued given the likely scale of its long-term opportunity and the risks associated with executing against that opportunity.”

Some of the concern about the company’s long-term stock picture, though, is rooted in questions about how the company plans to avoid the type of pitfalls that have poked holes through Twitter stock for the past four years. Shares of Twitter opened on the NYSE in 2013 at $26, but today are worth slightly more than half that.

Nonetheless, Snap’s performance so far has surpassed what even the most optimistic experts had projected. For weeks, the target range for its debut price was between $14 and $16 — which would have translated to about $3 billion for 200 million shares. At $17, the company raised an additional $200 million. At $25, the difference is an extra $1.4 billion.

By selling the initial float at $17, Snap received a total valuation of nearly $24 billion. That figure will continue skyward if the stock maintains its present upward trajectory.

“There is a huge amount of people who really just want to get in on the hot new thing, who see this as the first opportunity of its type in a number of years,” Techonomy Media CEO David Kirkpatrick told Bloomberg. “They have got some serious work to do to actually make a real business that makes profits.” 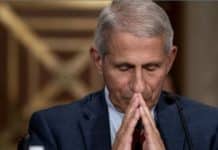 COVID-19: Fauci warns ‘things are going to get worse’ amid Delta surge