April 26 (UPI) — A group of deputies on Thursday said they have no confidence in Sheriff Scott Israel more than two months after a school shooting in Parkland, Fla., brought scrutiny to his leadership.

The Broward Sheriff’s Office Deputies Association voted 534-94 that they had no confidence in Israel. The organization’s president, Jeff Bell, said he planned to ask Florida Gov. Rick Scott to replace the sheriff “with somebody who is capable of amazing leadership.”

Israel called the vote “inconsequential” and said it was designed to extort a 6.5 percent pay raise from the sheriff’s office.

“Those who purportedly voted in this straw ballot reflect only a small number of the 5,400 BSO employees. The unions representing the vast majority of our employees solidly support the leadership of this agency,” he said.

“I am accountable to the citizens of Broward County,” Israel added. “My job is to continue to do the job I was elected to do, which is to ensure the safety of Broward County’s 1.9 million residents.

The vote was called over the way the sheriff’s office responded to the Feb. 14 shooting at Marjory Stoneman Douglas High School that killed 17 people.

Israel ordered an internal affairs investigation in the wake of the shooting because school resource officer Scot Peterson — a member of the sheriff’s office — never went inside the school building after former student Nikolas Cruz opened fire. Other deputies who responded to the shooting also didn’t enter the building while they believed Cruz to still be inside.

The department also came under fire for failing to act on tips and warnings about Cruz in the years before the shooting.

Seventy-four members of the Florida House sent Scott a letter in February asking him to suspend Israel over his alleged leadership failures. The governor launched an investigation helmed by the Florida Department of Law Enforcement. 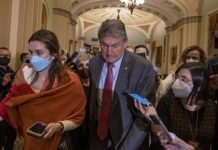 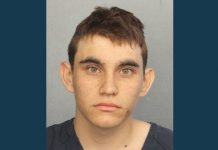