Oct. 26 (UPI) — More than 60,000 residents of Irvine, Calif., have been evacuated after the quick-burning Silverado Fire in Orange County scorched 2,000 acres Monday.

About 500 firefighters were working on the blaze according to the Orange County Fire Authority. About 20,000 homes in Orchard Hills are in the evacuation zone and a number of schools have been evacuated or are asked to be ready to evacuate.

“The wind is making it very difficult on us, fire authority Captain Greg Barta told KNX Radio. Barta said high Santa Ana winds up to 70 mph were making it impossible to use helicopters.

“We do have crews on the ground that are attempting to construct what we call a line, which is to put hose lines and remove some of the fuel that is in the fire’s path. But it is very difficult,” Barta added.

The fire started as a brush fire about 6:45 a.m, in the Santiago Canyon Road and Silverado Canyon Road, Southwest of Silverado, according to CalFire. The fire is 0% contained.

“We are asking everyone to comply with the evacuation orders for their safety and the safety of our first responders,” Irvine Mayor Christina Shea said in a news release.

Most of the emergency shelters at community centers were reported to be full Monday afternoon.

California Edison, in southern California, said power was shut off for wildfire danger for 21,000 customers and that number could rise to more than 130,000, or 1% of the area’s 5 million customers.

Meanwhile, power was beginning to be restored Monday morning to about 355,000 customers in portions of 34 California counties where Pacific Gas and Electric Co. preemptively shut off power in central California. The company shut down power to about 1 million people in the Bay Area and surrounding counties as hurricane-force winds up to 89 mph swept through the region.

“In many areas, high winds and fire-critical weather will continue through Tuesday morning, so power restoration efforts cannot occur in those areas until the weather conditions improve and the fire danger subsides,” PG&E said in a statement Monday afternoon.

The state of California is under a red flag warning through Tuesday with winds in some areas gusting above 70 mph and minimum daytime humidities as low as 4%, according to the National Weather Service. 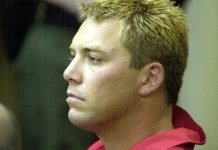 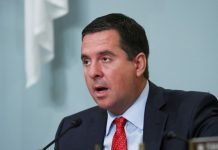