BANGKOK, Sept. 13 (UPI) — A six-carat diamond worth about $300,000 was surgically removed from the intestines of a Chinese woman who swallowed it in an alleged smuggling attempt in Bangkok, Thailand.

Jiang Sulian, 30, allegedly stole the diamond from the M.Tarun Diamonds Company during the Bangkok Gems & Jewelry Fair on Thursday. Authorities said she was recorded by security cameras stealing the diamond and replacing it with a fake gemstone.

Sulian was arrested on Saturday at the Suvarnabhumi Airport in Bangkok. She initially denied the accusations, but an X-ray showed the diamond was in her intestine.

Attempts to free the diamond by giving Sulian laxatives failed. A 12-minute colonoscopy was performed to extract the diamond. She was arrested along with Hae Ying, an alleged male accomplice.

Sulian will recover at a hospital before she is sent to jail. She later will appear at the Nonthaburi Provincial Court. 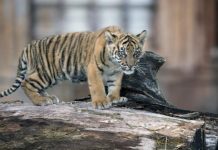 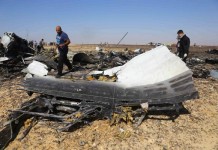 Memo Says IS Agents In Thailand To Target Russians