WASHINGTON, July 10 (UPI) — Relatives of Marie Colvin, the American journalist who was slain in Syria four years ago, are suing the Egyptian regime.

The lawsuit against President Bashar al-Assad was filed Saturday in federal court in Washington by the Center for Justice & Accountability on behalf of Colvin’s sister and niece. It seeks compensatory and punitive damages.

Colvin, 56, was killed by government artillery while she was reporting from the rebel-held area of Baba Amr, in Homs, in February 2012.

Colvin, a correspondent for the Sunday Times in London, told the BBC that Assad’s forces were “shelling with impunity, with merciless disregard for civilians.”

She also told CNN it was “a complete and utter lie that they’re only going after terrorists… The Syrian army is simply shelling a city of cold, starving civilians.”

Colvin’s family said her location was traced from her satellite phone by Syrian intelligence to the Baba Amr media center.

“The transmissions were intercepted, and they were tracked to their GPS coordinates,” said one of the legal team, Scott Gilmore. “On top of that there was a whole web of informants who were already out searching for the journalists. Any journalist in Homs … could have been a target.”

Colvin’s relatives claim there were “no lawful military targets” in the vicinity of the media center.

Marie’s photographer, Paul Conroy, told the BBC after the attack that the incoming rounds were deliberately targeted for the media center.

“I’m really proud to be able to bring this lawsuit,” Marie Colvin’s sister, Cat, told the BBC. “We know who Marie’s killers are now; we want them brought to justice. I want them to be held accountable.”

“I’m in a unique position to be able to use the court to bring Marie’s killers to justice. I want to give a voice to the Syrian people. I want them to know we haven’t forgotten them.”

The lawsuit claims Colvin was murdered on orders of senior officials in the Syrian regime, and one was rewarded by the Assad family with a car.

Colvin, a Yale graduate, lost her left eye after it was hit with shrapnel during her coverage of the Sri Lankan conflict in 2001, forcing her to wear an eye patch. 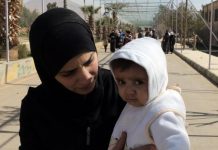 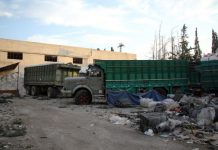