EXETER, England, Nov. 3 (UPI) — Earth’s soil currently absorbs and stores more carbon than it emits, but that could soon change, according to a new paper published in the journal Scientific Reports.

The planet’s top layer could become a significant CO2 contributor in coming decades if current trends in modern land use continue unabated.

The only way to maintain soil’s role as a carbon sink would be to convert more land into grass or forest. That’s unlikely to happen, scientists say. Every year, more land is cleared and plowed to house and feed the world’s growing population.

Researchers populated soil carbon models with land use data and climate change predictions. Their simulations suggest a dramatic loss of soil carbon by the end of the century.

Scientists say governments must do more to ensure land use decisions consider impacts on carbon storage and climate change.

“A reduction in anthropogenic CO2 levels is crucial to prevent further loss of carbon from our soils,” lead study author Jeroen Meersmans, from the University of Exeter, said in a news release. “However, promotion of land use changes and management that contribute to soil carbon sequestration remains essential in an integrated strategy to protect soil functions and mitigate climate change.”

“Purposeful, targeted land use and agricultural practice changes would be needed if climate change mitigation is to be maximized,” added Dominique Arrouays of the French National Institute for Agricultural Research. “Therefore, the efforts to enhance carbon sequestration in soils, as proposed by France during the COP21, should be promoted immediately.” 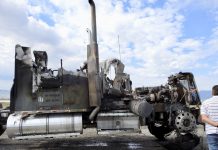 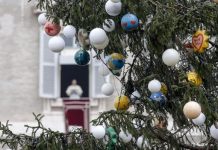 Pope calls on ‘future of peace’ for migrants 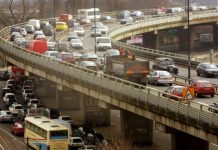 In the future, roads could generate power from passing traffic