Feb. 17 (UPI) — The son of prominent conservative commentator L. Brent Bozell III has been charged with storming the U.S. Capitol building early last month after several people identified him in video footage of the siege.

According to the complaint unsealed Tuesday, Leo Brent Bozell IV has been charged with entering a restricted building or grounds, disorderly conduct and corruptly obstructing, influencing and impeding any official proceedings.

The affidavit in support of the criminal complaint states three unnamed people found video from various public and social media sources showing Bozell inside the Capitol on Jan. 6 when a mob of supporters of then-President Donald Trump stormed the building in an effort to stop congressmen from certifying the election win of President Joe Biden.

One of the witnesses identified Bozell in a Twitter video of the attack, telling the FBI in mid-January that he knows the suspect as their children attend the same school, the court document states.

The witness also said Bozell goes by the nickname Zeek or Zeeker.

A second witness contacted the FBI on Jan. 15, after seeing a photo of a man wearing a Hershey Christian Academy hooded sweatshirt inside the Capitol building. The witness, the court document states, scoured the school’s Facebook page until coming across the profile picture of a Zeeker Bozell whom the witness thought looked like the man in the photo of the capital attack.

Around the same time the second witness lodged the tip, Hershey Christian Academy issued a statement on its Facebook page after learning a man wearing the school’s name had been photographed inside the Capitol, stating that the person depicted “is not a board member, employee or representative” of the school.

On Jan. 21, a third person contacted the FBI through its tip line stating they were “100% positive that Zeeker Bozell” was the person they had seen in footage walking out of the Capitol building, the affidavit states.

The witness was shown a photo of a man inside the Capitol and “immediately identified the person in the photo as a parent of children that attended” an unnamed school the witness was affiliated with, the document said.

The third witness also said the man in the photo was a former girls’ basketball coach at the unnamed Pennsylvania school.

“After researching the name of the former girls’ basketball coach, W-3 recalled that the girls on the basketball team would call the coach, Coach Zeeker,” the affidavit states, adding that Bozell stopped being the school’s basketball coach in March of last year when practices and games were halted due to the COVID-19 pandemic.

The elder Bozell is the founder of both the Media Research Center and the Parents Television Council. He also founded CNSNews in 1998 “to provide an alternative news source” to address “the lack of conservative opinions in major news outlets across the country,” according to the news organization’s website. 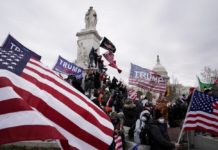 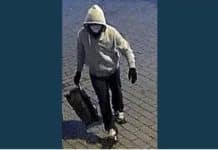