SEOUL, Oct. 2 (UPI) — Development and deployment of a ballistic missile with a 500-mile range — enough to hit any North Korean military target — is planned by South Korea.

Under a U.S.-South Korea defense guideline, Seoul was limited to missiles with a maximum range of about 186 miles, which was increased in 2012 given North Korea’s increasing missile capabilities.

North Korea’s Taepodong-2 missile, which presumably can hit parts of Alaska, was tested in 2009. 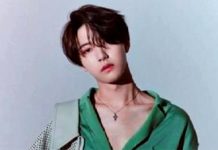