Feb. 10 (UPI) — South Korea on Sunday signed a provisional deal to raise its contribution for U.S. troops in the nation by 8.2 percent.

In the agreement approved in Seoul, South Korea will pay $890 million for 28,000 U.S. forces, up from $870 million, Yonhap News Agency reported. The contract is for one year and South Korea had wanted it for three to five years, but there is an option for extensions, according to South Korea’s Foreign Ministry.

To become official, the deal must still be approved by South Korea’s National Assembly, which is expected in April. The U.S. Congress doesn’t need to ratify the accord.

South Korea will expand its contribution in goods or services, instead of money, for construction and logistical support.

The 8.2 percent figure marks the increase in South Korea’s defense budget. Inflation, however, is 1.5 percent.

She described the talks as a “very long process but ultimately a very successful process.”

The foreign minister told Betts: “We were able to close the gap on the total amount of the number [cost], and that I think is due to the goodwill and the trust that the two sides have built over the past years.”

The last agreement expired on Dec. 31.

Betts, deputy assistant secretary of state for plans, programs and operations, had 10 rounds of negotiations with Chang Won-sam, a veteran South Korean diplomat, throughout last year.

The United States agreed there will be no change in U.S. troop levels in South Korea, the Ministry of Foreign Affairs said in a statement.

“The U.S. government realizes that Korea does a lot for the alliance and for peace and stability of this region,” Betts said. “We are very pleased that our consultations resulted in an agreement, and I think that will deepen our cooperation in the alliance.”

South Korea has shared the financial burden for U.S. troops since the early 1990s.

The funds are used to cover the wages of South Korean workers at the bases, construction and logistical support.

In addition South Korea is a major buyer of weapon systems from the United States. 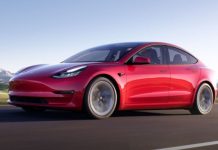