The unprecedented move comes amid an ongoing probe into the role the president’s confidante, Choi Soon-si, has played in the administration and in the wake of weeks of protests demanding Park’s resignation.

Prosecutors are considering opening an official investigation on Nov. 20, when Choi is released from detention. Choi was arrested Nov. 3 on charges of fraud and abuse of power for allegedly extorting large sums of money based on her friendship with Park.

“We have delivered our stance to (the presidential residence of) Cheong Wa Dae, that we will question (Park) on Tuesday or Wednesday this week,” an official on the special prosecution team said. “We are waiting for a sincere reply.”

The president’s office said Park was prepared to be questioned by prosecutors and was “earnestly considering ways to normalize state affairs.” 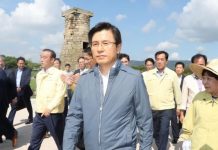 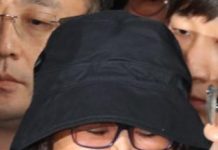