The fire department reported the blaze was 56 percent contained and had burned 8,391 acres as of Thursday morning as crews sought to take advantage of favorable weather.

“Firefighters will work through the day in rugged terrain throughout the burn area to increase containment lines,” the LAFD said. “Tactical patrols will remain in place to monitor the area for smoldering debris.”

To date, the fire has destroyed 19 structures and damaged 88 more.

One person died from a heart attack during evacuations and at least three firefighters have been injured. 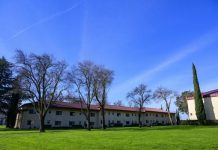 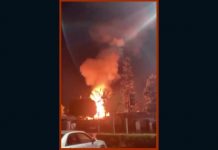